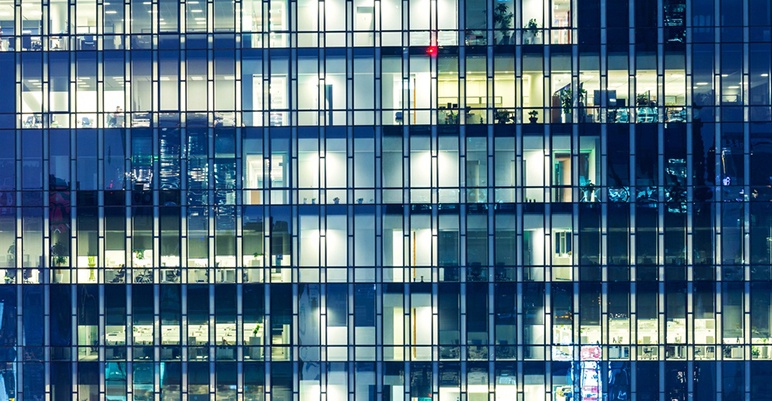 Even if you’ve never heard the term “stack effect,” you’ve probably dealt with this problem at one time or another. It’s extremely common in high-rise buildings throughout Chicago, and, really, everywhere where the climate includes dramatic changes in ambient temperature.

For a really solid primer on what “stack effect” is, and the science behind it, we recommend you read this paper, published by the Council on Tall Buildings and Urban Habitat from December of 2016.

Putting it even more simply, when it’s colder than 70° outside, the difference in air pressure from outside to inside a tall building causes wind — sometimes surprisingly strong — to flow through the building, from ground level up. If this difference in pressure is strong enough, it can make it difficult to open doors, wreak havoc when people are entering or exiting, and it can create a significant rise in energy costs because it exacerbates minor leaks that could be affecting the efficiency of the building’s HVAC system.

If you note any of the following issues in your high-rise commercial building, you’re likely dealing with stack effect:

A number of potential causes can come into play, but most of them can be boiled down to one of two main categories:

How can stack effect be resolved or prevented?

Resolving the effects of stack effect requires a change in the situations causing the air pressure differential:

As Chicago’s leading commercial HVAC service provider, we would be delighted to answer any questions you have regarding the impact of stack effect on your commercial facility, or to arrange an inspection of your current system to help mitigate stack effect in your Chicago high-rise building.

As a commercial building owner or facility manager, you’re not alone in thinking about your HVAC...

Can Your Chicago Commercial Building Really Get Sick?

Strange as it may sound, there really is such a thing as Sick Building Syndrome, and it could be...

Unraveling the Energy Rebate Process for Your Chicago Commercial Building

As a commercial building owner, you have more than enough on your plate without wading neck-deep...