Can Your Chicago Commercial Building Really Get Sick?

Strange as it may sound, there really is such a thing as Sick Building Syndrome, and it could be affecting your commercial facility right now.

Sick Building Syndrome (SBS) notably affects tenants and employees in commercial buildings, and it’s been a problem for decades. Indications include occupants experiencing acute negative health symptoms that are directly connected with the time they spend in a particular structure or area within the facility. 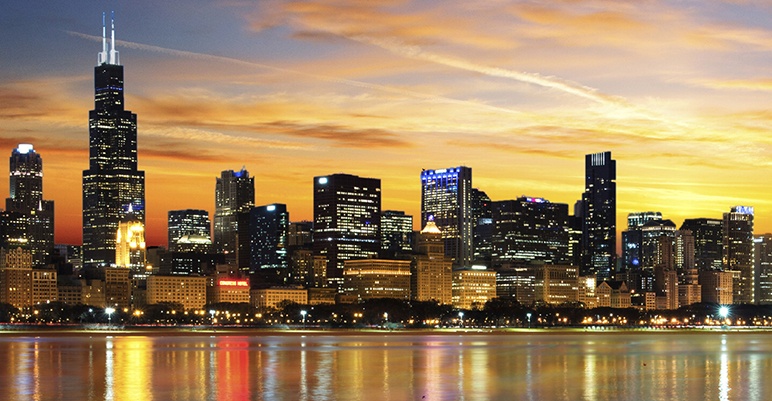 There is controversy surrounding SBS, especially regarding whether or not reported incidents and symptoms are the product of suggestion or are psychosomatic rather than having actual physical causes.

Most experts agree, however, that at least some of the reported symptoms are actual physical ailments caused by chemicals and other contaminants inside some commercial buildings. These can include:

The key element that seems to tie all these potential causes together and makes them a chronic health problem in some buildings is HVAC system inadequacies, which create the perfect environment for these contaminants.

When a commercial HVAC system isn’t effectively circulating the air throughout a building and bringing in adequate fresh air, the indoor environment can deteriorate quickly, filling with natural and manmade contaminants.

If the system isn’t removing enough moisture from the air or maintaining the right temperature, the inside air can become a perfect breeding ground for biological agents, from black mold and the rhinovirus (the cause of the common cold) to serious infectious diseases.

What can happen if your building really is sick?

With the exception of serious mold outbreaks — which usually develop over a long period of time and indicate advanced structural flaws that need to be addressed — the issues described above aren’t going to directly damage your building or the components of your HVAC system. Not immediately, anyway.

However, the longer the system runs poorly or fails to accomplish its purpose, the more likely it will need cleaning, repair, or replacement. Filters, fans, and air intake vents can all become dirty and even infested with bacteria, mold, or fungus, hastening their need for cleaning or replacement. Over time, malfunctioning parts can have a snowball effect on the rest of the system, causing more damage and greater expense.

There’s also the cost of energy to consider, as a system plagued with these kinds of issues may very well be running inefficiently and wasting money on energy as well.

Finally, you should consider the cumulative effect on the facility’s occupants if they’re forced to deal with discomfort and illness over a long period of time. From requiring more sick leave, lower productivity and morale, to increasing turnover rates, a sick building can end up costing the businesses running inside of it a lot of money over the long term.

What can you do if SBS is affecting your building?

Identifying the root cause of the problem and resolving it effectively can be tricky. But a professional, experienced HVAC technician has the knowledge and ability to do just that, quickly, accurately, and effectively.

If you own or manage a facility where the tenants routinely complain about physical symptoms that could be caused by an issue with air quality, contact Midwest Mechanical today to have your system inspected and get the problem fixed.

If you are operating a commercial or industrial facility of more than 50,0000 square feet, chances...

Unraveling the Energy Rebate Process for Your Chicago Commercial Building

As a commercial building owner, you have more than enough on your plate without wading neck-deep...

What’s new regarding cooling techniques in IT?

Remember the days when mixing water with anything electrical was unthinkable? Well, what if we...