What’s new regarding cooling techniques in IT? 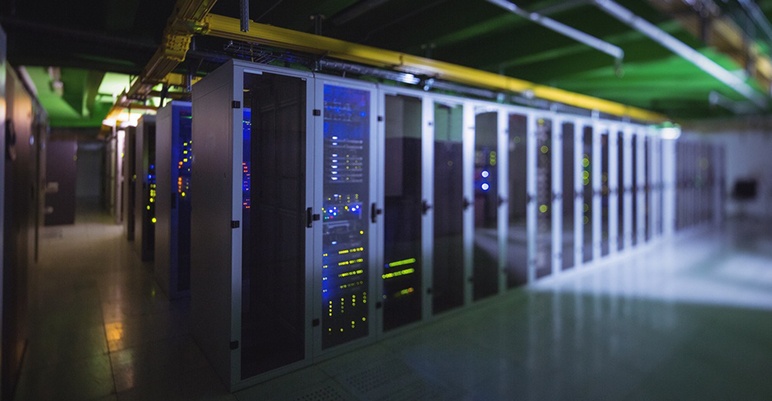 Remember the days when mixing water with anything electrical was unthinkable? Well, what if we said that water could actually be a computer’s saving grace? With IT departments being a fundamental hub for entire organizations, knowing current trends and best practices for cooling electrical systems is essential.

The average PC produces up to 130 watts of heat. Imagine the heat distributed in an IT department with dozens of computers, or even a data center housing thousands of square feet of electrical supplies. With ever-increasing hardware and software requirements, air cooling may just not cut it in some circumstances.

Enter a new way to look at keeping high-performance electronics cool: liquid cooling. Let’s take a deeper look into this water-based technique and how it’s making a splash in commercial cooling applications.

What is liquid cooling?

Liquid cooling is a method for cooling computers by reallocating heat with the help of water. The main components involved are the pump, radiator, reservoir, tubes, water blocks, and fan.

In simple terms, the cooling process works as follows: liquid from the reservoir flows into the pump, through the tubes and into the water blocks. Water blocks are crafted from heat-conductive metal and usually sit on the chip in need of cooling. As the cool liquid reaches the water block it will transfer the heat from the chip to the liquid. This (now warm) water will then make its way to the radiator, which will then dispel it into the air with the help of fans.

The benefits of this technique

A chief advantage of liquid cooling is in terms of cost. When switching to liquid, you will see the difference on your monthly utility bill. The traditional air-cooling technique is costly to maintain, especially when trying to cool down a whole power house. The effectiveness and efficiency of liquid greatly contributes to your bottom line. Even industry giants Google and Facebook have recently opted for this cooling method, trusting in its results to cool down their massive data centers.

Consider these eye-opening comparisons, as published by the leading trade publication, Electronics Cooling: 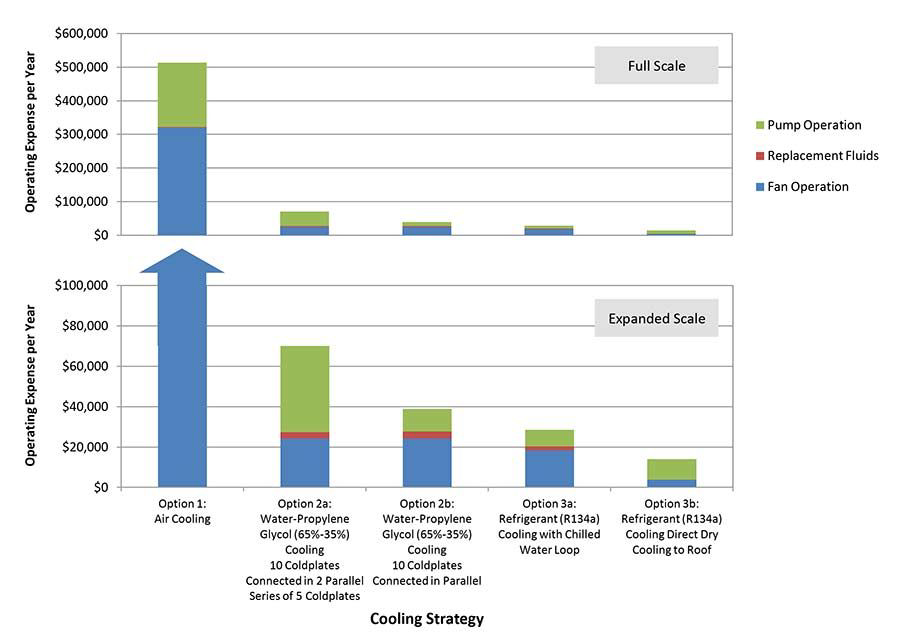 Liquid cooling technology also has the stats to effectively scale for the obvious future of data center cooling needs. Since dielectric liquid is so effective at absorbing heat, more hardware can be packed into a smaller amount of space, allowing data centers to grow significantly without needing to build larger facilities. CPUs and other server components can also operate at higher speeds, because they can be cooled more effectively, so performance is enhanced.

Together, the powerful combination of lower cost and improved performance check all the right boxes for businesses who are always on the lookout for ways to better compete. And, it’s important to recognize that these benefits aren’t tiny or incremental. According to results published on HPCWire, popular liquid cooling technologies that are already in widespread operation have “reduced data center cooling costs by over 50 percent and allowed 2.5x-5x increases in data center server density.”

Liquid cooling can also contribute to a better working environment in some unique ways:

This cooling technique does come with its list of considerations. For starters, the success of liquid cooling is dependent on it’s flow rate. The flow rate, as suggested, is the rate at which the liquid flows within the system. With large data centers housing hundreds or thousands of sensitive pieces of equipment stacked one on top of the other, it is crucial that the liquid can quickly and efficiently flow everywhere it’s needed. The key to optimal flow rate is a high quality pump that can produce enough pressure to keep the liquid moving.

Another consideration in terms of the liquid’s flow is transportation. In a computer’s packed system, water has to be able to flow in every direction. A flexible tubing system — which can be made out of clear plastic, aluminum or copper — is needed to accommodate adequate transport.

The third possible challenge is the actual liquid itself. You can’t use simple tap water since it may contain bacteria that could be harmful to the equipment. It is recommended to use distilled water or buy premade solutions designed specifically for liquid cooling purposes.

To make the liquid cooling process even more energy-efficient, we suggest implementing control systems. Automatic control systems can be programmed to monitor conditions and make adjustments in real time to optimize energy efficiency. Pairing automated controls with liquid cooling, IT departments and data centers in the Chicagoland area can ensure a reliable and effective working environment to house vital technical equipment.

How to Reverse 3 Common Commercial Heating and Cooling Problems

Learning how to quickly diagnose and fix problems when they first appear rather than waiting until...

How to Create a Chicago Emergency HVAC Repair Strategy in Minutes

No facility manager or commercial building owner in the Chicago area wants to consider the...

Do Your Commercial HVAC Technicians Meet These 3 Vital Qualifications?

Your commercial facility’s HVAC system is an integral element in protecting the building itself and...